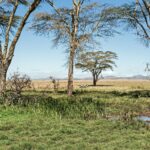 Lake Nakuru National Park: The Park lies in the Great Rift Valley and comprises of the lake, surrounded by mainly wooded and bushy grasslands. The park supports a wide ecological diversity with Flamingos (Greater and Lesser) and other water birds being the major attractions of the area. Other attractions include other water birds including a variety of terrestrial birds numbering about 450 species in total, white rhino, waterbuck, giraffe, buffalo and others. There are three spectacular view-points within the park which include lion hill, baboon cliff and Out of Africa, among some scenic hills which include Enasoit, Honeymoon and Lion hill ridge.The Masai Mara, now the new 7th wonder of the world and 4th most preferred tourist destination in the world is a home to wildlife in such abundance and variety that it is difficult to imagine The annual migration of the wildebeest and the zebras starts from the Serengeti as they search for water and pasture while at the same time being followed on their heels by the predators of the savannah; Lion, cheetah, wild dog, jackal, hyena, and vultures. It hosts over 450 species of animals which includes lions, rhinos, hippos, crocodiles, giraffe, wildebeests, zebras, buffalo, leopard, many kinds of antelopes and elephants. Everything about Masai Mara is outstanding. The wildlife is abundant and the gentle rolling grasslands ensure that animals are never out of sight. Birds, too, are prolific. Including migrants, well over 450 species have been recorded, among them, 57 species of birds of prey. The climate is gentle, rarely too hot and well-spread rainfall year round. Rain, when it falmost always chooses the late afternoon or night.

Naivasha, A beautiful volcanic lake situated in the Great Rift Valley with a large and varied selection of Birds beside the Herbivorous animals coming to retire on the green lawns of the lodge for the night. Giraffes, Zebra, Topi, Thomson and Grant Gazelle, Hippos all are to be found very close the rooms. A boat ride would take you round the circuit of the lake to view the lazing Hippos and feed the Fish Eagle.

Arrival into Nairobi. Meet and greet at the airport. Transfer to your hotel. Stay on BB basis.

After breakfast, you will be driven to the most famous bird watcher’s paradise; Lake Nakuru national park. Lake Nakuru is famous for, there are approximately 400 other species of birds found there. In addition, a large variety of game can be found in the Park including the introduced Rothschild's Giraffe, Black and White Rhino, Waterbuck, Reedbuck, Lion, Buffalo, Leopard, Baboon and many species of plains game. The famous ornithologist Roger Tory Peterson defined Lake Nakuru. as "the greatest bird spectacle on earth". Afterwards, proceed to Lake Nakuru arriving for lunch followed by an afternoon game drive.

Lake Nakuru Lodge blends in perfectly with its surroundings, making it one of Kenya’s finest lodges, the perfect relaxation hideaway and offering stunning views of Lake Nakuru in the distance. Lake Nakuru Lodge has 88 rooms all of which a feature stylish rustic African furniture designed to complement the parks safari experience. At the same time they offer a warm and cosy ambience and the majority offer views over the grounds or Lake Nakuru. Leisure facilities include a swimming pool with panoramic views over the reserve. The well-stocked gift shop provides the perfect gift. … optional activities such as horse riding, bird watching excursions and traditional Kenyan sundowners.
Overnight at Lake Nakuru Lodge (www.lakenakurulodge.com) Meals: Breakfast, Lunch & Dinner

After breakfast you will check out and depart to the Mara Reserve, home to the big five and numerous plains game. Welcome to the Masai Mara National Park, an undisputed paradise for the sheer quantity and variety of wildlife. Renowned for its lions and for the annual Great Wildebeest Migration, Kenya's greatest reserve is as magical as your wildest safari dreams. Everything about this reserve is outstanding. The wildlife is abundant and the gentle rolling grasslands ensure that animals are never out of sight. Birds, too, are prolific. Including migrants, well over 450 species have been recorded, among them, 57 species of birds of prey. The climate is gentle, rarely too hot and well-spread rainfall year round. Rain, when it falls almost always chooses the late afternoon or night. Between July and October, when the great wildebeest migration is in the Masai Mara National Reserve, the sensation is unparalleled. Masai Mara is one of the best plains' game reserve where you can actually encounter a live Discovery Channel, a haven for viewing a congregation of all sorts of animals in a five-mile radius: A pride of lions can be spotted ready to make a run for a gazelle. Arrive in time for hot lunch at the lodge. Proceed for a rewarding afternoon game drive till evening. Welcome to  Mara Leisure Camp, perfectly positioned at the confluence of the Mara River in the Masai Mara National Reserve. This camp offers discerning travellers 40 superb tents which sit alongside the riverbank and offer luxurious accommodation. This is an unrivalled position for wildlife spotting, and is close to the action during the annual wildebeest migration. The lodge is located within the world-famous Masai Mara Game Reserve at the confluence of the Mara River.
The restaurant serves buffet meals, while the open-air bar serves a wide selection of beers, cocktails and liqueurs. In the evening

Spend a full day enjoying Morning / Afternoon game drives or Full day game drives within the extensive and beautiful Mara reserve looking out for the big five with all meals being served at the lodge. You will guided by the expert driver guides to spot the Great Migration & the big five game among other like, Thomson’s and Grant's gazelle, Topi and Eland and many more species of plains' game offer a rich choice of food for the dominant predators; lion, leopard and cheetah which hunt in this pristine wilderness. In the Mara River, hippo submerges at the approach of a vehicle only to surface seconds later to snort and grumble their displeasure. Seemingly, the drowsy crocodile sunbathe on the riverbanks, mouth agape, and waiting with subtle cunning for prey at which to strike with lightning swiftness. The reserve is home to all the “big five” and it is also possible to observe; baboon, eland, ostrich, bat-eared fox, jackal, cheetah, and the rivers abound with hippos and crocodiles. Overnight at  Mara Leisure Camp (www.marasa.net)
Meals: Breakfast, Lunch & Dinner

Early morning game drive from 06.15hrs to 08.30hrs. Return to Lodge for breakfast.
Depart by mid morning and drive through a masai to known as Narok and via the back drop of Mt.Longonot to Naivasha Sopa lodge for lunch. Afternoon boat ride for one hour round the circuit of the lake.
Overnight at  Naivasha Sopa lodge
Meals: Breakfast, Lunch & Dinner

After breakfast stroll around the green of the lakes in search of the Herbivorous animals.
Depart by mid morning arriving into Nairobi the ‘The Green City In The Sun’ by afternoon.
Shopping / City Tour. Transfer to airport for departure. 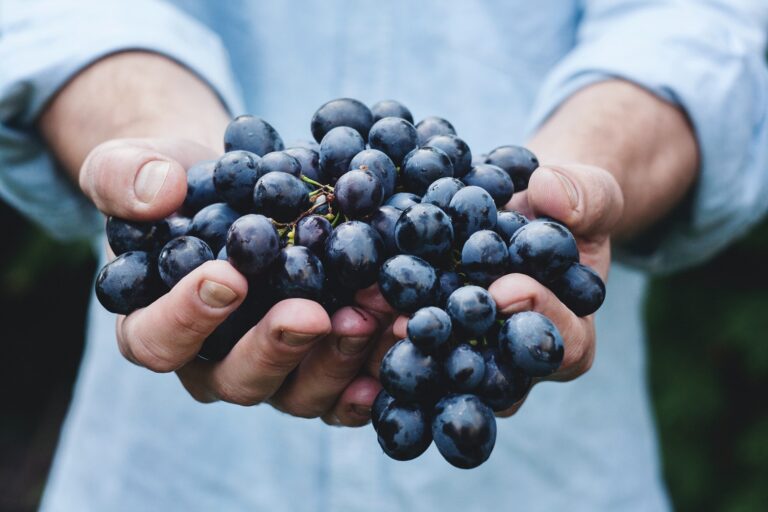